Mission Boulevard Baptist Church (MBBC) is an unaffiliated Baptist church organized from a mission work in 1975 by the Rodgers Baptist Church in Garland, Texas, under the leadership of their missionary Brian Disney, who now serves as the MBBC pastor. MBBC has an assembly building and three school buildings located at 2006 Mission Blvd. (Hwy 45) in Fayetteville, Arkansas.

The Rodgers Baptist Church Sends a Missionary to Northwest Arkansas

MBBC had its earliest beginnings in 1970 when the Holy Spirit directed the Rodgers Baptist Church in Garland, Texas, to send their missionary, Brian Disney, to Northwest Arkansas.  Bro. Brian and his family moved to a small farm in Farmington, Arkansas, on August 25, 1970.  Taking advantage of an NDEA teaching fellowship at the University of Arkansas, he began teaching conceptual Bible studies to the faculty, students, and staff at the university.  These studies soon came to be known as “Reality Sessions” because of their in-depth look at what the Bible teaches.

The Rodgers Baptist Mission is Established

In 1971, a house located two blocks from the UA campus was purchased. The facility was called the Reality Session House or Session House. It served as the campus center for people interested in learning more about the Bible.

On September 7, 1972, the Lord directed the small group of baptized believers to organize as the Rodgers Baptist Mission.

Under the authority of the Rodgers Baptist Church, the Rodgers Baptist Mission began with three charter members, who met  downstairs in the Session House. The mission grew quickly, and the upstairs was then used as the main meeting place. Eventually, a larger facility was needed to accommodate the growing mission; and the Lord provided a piece of property located at 600 Mission Blvd. in Fayetteville. It was purchased on December 1, 1973. The existing old house on the property was remodeled and soon served as the assembly area for the mission.

The Lord continued to bless the mission, and it experienced rapid growth. By 1975, it was again time to move to a larger facility. The members decided to use their own resources and labor to build a new church building on the large lot next to the house at 600 Mission Blvd. The building was finished on October 27, 1975, just in time to hold the organizational service, during which the Rodgers Baptist Mission would become the Mission Boulevard Baptist Church (MBBC).

MBBC was established under the authority of Rodgers Baptist Church in Garland, Texas, and had sixty-five charter members.

New Campus Center Was Purchased, and the Fayetteville Christian School Was Established

A three-story house, located at 820 West Maple, across the street from the university’s plant science building, was purchased in 1978. It became a dormitory for students, as well as a center for activities sponsored  by the campus ministry, now called the Collegiate Discipleship Ministry (CDM). Several years later, the original Session house was sold, and the 820 West Maple site became the sole campus center for CDM.

In August 1978, MBBC established a Christian preschool. In the fall of 1979, the first three elementary grades were added to the school, and the following year all grades through the twelfth grade were added. The school was later named the Fayetteville Christian School.

By 1979, the new facility was becoming overcrowded, and a six-acre tract located at 2006 Mission Blvd. was purchased.

Construction of an 8,000 square foot assembly building began in August, 1980. The facility was built with the labor and resources of the members; and in December, 1980, the first services were held in the new building.

The 2006 Mission Blvd Baptist Church building was dedicated on February 27, 1981.

A two-story education building with classrooms, a kitchen, and a gym was built in 1982.

A third building was built in 1984 to meet the needs of the growing Christian school. This was a two-story classroom and administrative office building.
1984

MBBC continues the tradition of obedience to the Great Commission (Matthew 28:19-20) to win souls to Christ, to help disciple them to follow Christ, to baptize them into Christ’s church, and to teach them how to live in the teachings of Christ. 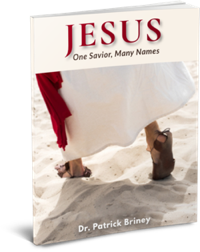 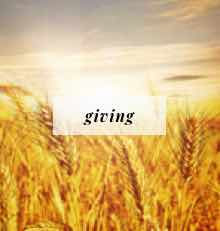